(Do you see what I did there?)


Going through the stats for the traffic on this blog when it passed its 5000th hit, I was struck by the fact that Part Three: Setting Type has the least number of views by a substantial margin. If you're working your way through the guide sections, then I would urge you to go back and read that section if you skipped it.


Now, I know it's not the sexiest of titles, nor the most glamorous of subjects, but good typography is the strength to which I play all the time. Balloon placement continually causes me headaches, but I do take comfort in nicely formed blocks of text.


You may think you know about setting type, but you don't -- I still learn new things about typography almost daily and I've been designing for print since 1994. Perhaps you don't think it's important, but one of the most glaring things I see in amateur lettering, one of the things that most quickly and obviously lets down sample lettering posted for crits on Digital Webbing, is bad typesetting. 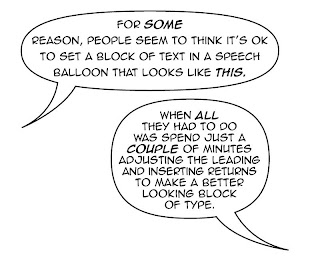 There's no point in reading the section about creating balloons if the text you're going to put inside them looks awful! It's the text that people are going to read. If you think that the section on Type is confusing, or hard to understand, or doesn't cover some aspects in enough detail, please, use the Comments section to leave some feedback and I'll revisit the whole subject.

I know what you're thinking…

Harking back to the Non-Standard Balloons section, Emperor requested a quick how-to on telepathic balloons. As Nate Piekos notes in his excellent Grammar and Tradition article (which you have read, haven't you?), many letterers now make up a balloon style for telepathic speech, but a classic, old-school ballon can be achieved as follows:


Start with a normal thought balloon, as previously described in the Non-Standard Balloons section. Draw a thin, pointy black triangle with the Pen tool: 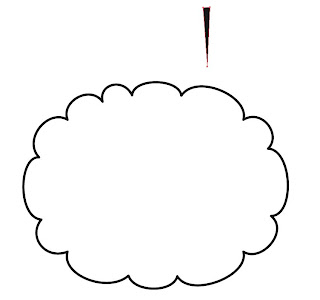 
(You can copy & paste, or you can hold the ALT key down and drag with the Selection tool. If you hold down SHIFT as well, then the drag direction is constrained to vertical or horizontal. Try it -- it's easier to understand than it is to explain. Note that if you use the ALT-drag method to copy, you must release the mouse button before the ALT key, or the operation will simply move the original object.) 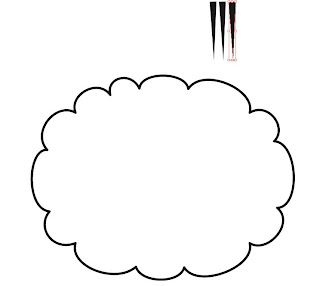 You can use the Selection tool or the Rotate tool to tilt the left and right triangles to that they point inwards, towards the centre one: 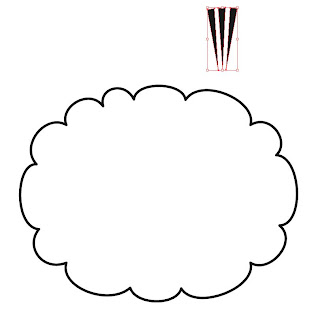 You can then either Group these, or use Add Shape in Pathfinder; either will work.


Now use the Offset Path function that we previously used when talking about Breakout Balloons, but set the value to 1pt (remember, you can input the value in points and that you need to manually change 'Joins' to 'Round'): 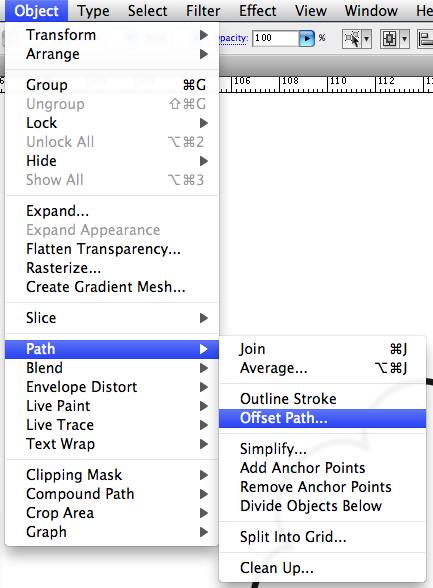 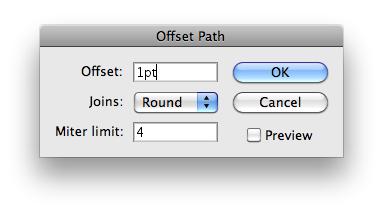 As with the breakout balloons, the result looks like a mess: 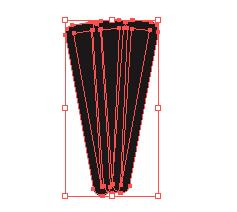 But you can use the Selection tool to SHIFT-click the inner shape, which will deselect it, leaving only the outer, offset shape selected: 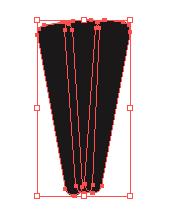 Change the Fill to white and group the shape with the original black triangles: 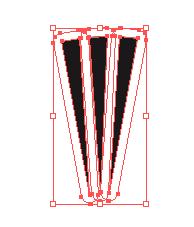 Rotate the the grouped shape by about 45° (hold down the SHIFT key to constrain the rotation to exact angles if you want precisely 45°): 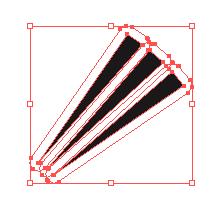 Now you need to imagine roughly where the 'corners' would be on your thought balloon: 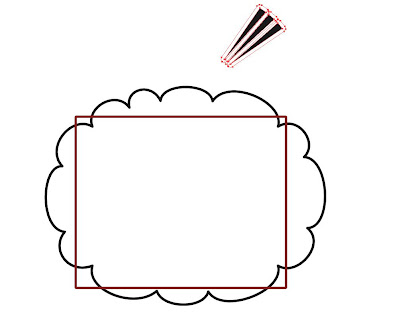 And start adding your your pointers to each corner: 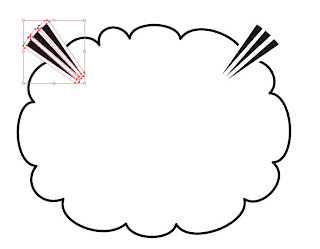 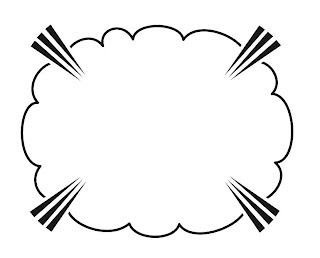 Obviously, by its very nature, a lot of these balloons represent communication by someone not physically present in the scene, in which case these balloons just float as they are, with no tails.


Sometimes, however, it is necessary to indicate the 'speaker', in the case of telepathic 'conversations' for example, in which case the balloon will usually take a zig-zag tail, as discussed in the most recent Sunday Surgery: 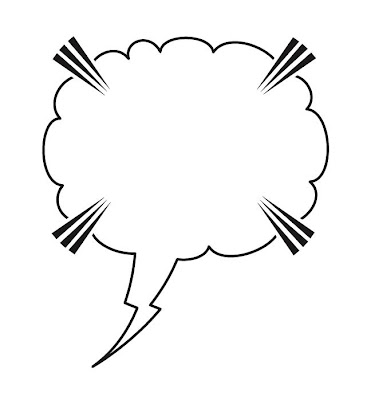 And that pretty much covers it! As usual, please feel free to use the Comments section to request clarification if I've not explained something in sufficient detail, and to leave requests for other balloon styles, or any other subjects for the next surgery.