A big thank you to Emperor, for noticing that I haven't actually explained how to produce a zig-zag balloon tail, despite having used one when illustrating what a breakout balloon is: 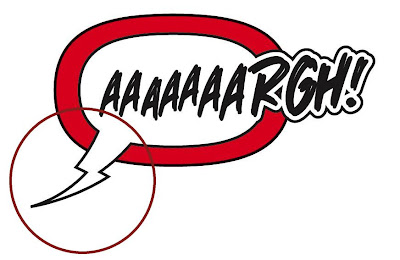 These tails are also commonly used in combination with radio balloons, which were covered in yesterday's Non-Standard Balloon section of the Illustrator guide.


The easiest way to create one of these involves a tool we haven't used before: the Knife tool.


Create a balloon and tail as you would normally, but don't merge them yet: 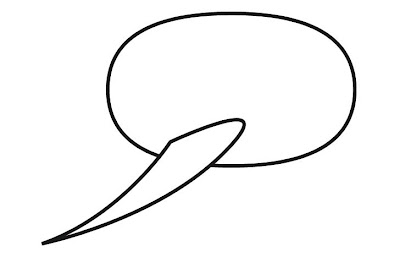 Select the tail only: 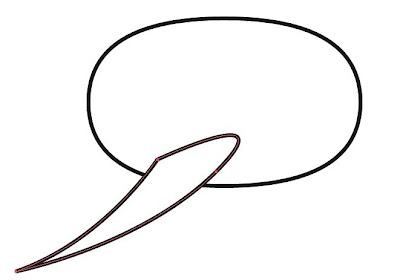 Now that the tail is selected, switch to the Knife tool.


In CS3, the Knife tool is found as an option under the Eraser tool:

IMPORTANT CS5 NOTE:
In CS5, this this position on the toolbar is occupied by the Slice tool, which looks very similar but is most definitely NOT the tool you need.
In fact, the Knife tool still lives under the Eraser, but it has moved positions within the Toolbar:

With the Knife tool, you can drag a line across an object, in this case the balloon tail… 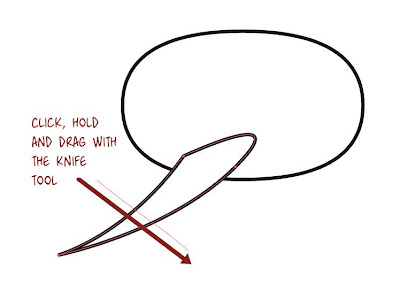 …and the Knife will cut the existing object into two: 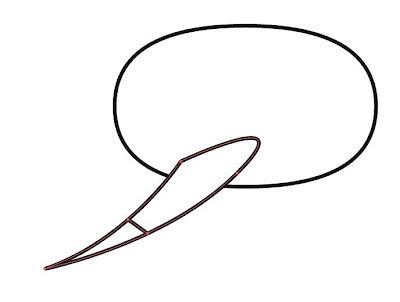 You can now change to the Selection tool, and move the bottom portion of the tail so that it is offset: 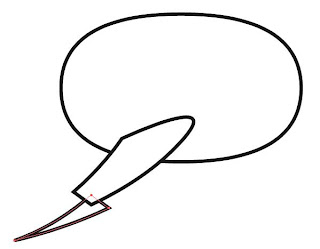 Use the Selection tool and SHIFT-click to select both parts of the tail, then use Pathfinder -> Add Shape to Area to merge the two sections: 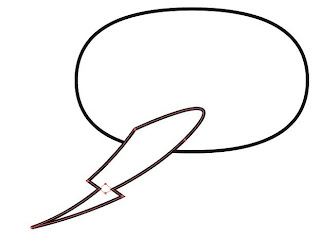 Merge the balloon as well, and we're done: 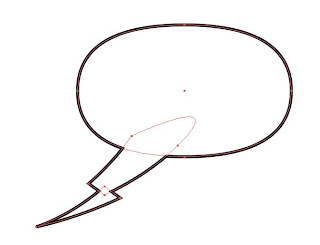 Apologies to one and all for the oversight. When I compile all these posts into a new PDF, I'll include this post as part of the Non-Standard Balloon section.
Emperor also asked about 'Telepathy' balloons, but those will have to wait for another day…
Posted by Jim Campbell at 12:03